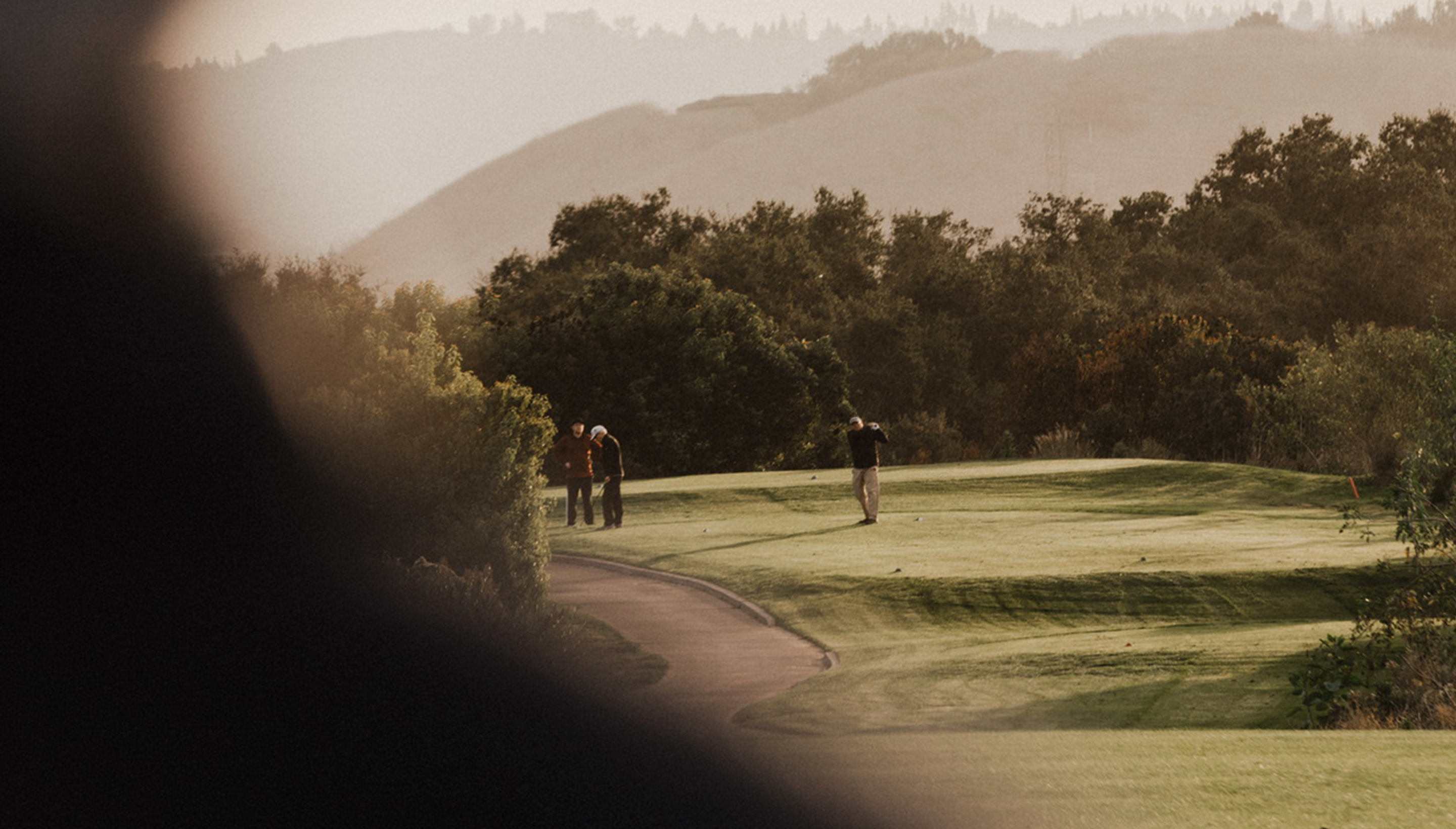 Grab Some Friends. Go For Glory.

Turn a standard round of golf into a competition for individual holes, bringing fun (and suspense) to your game.

If you’ve ever watched the Ryder Cup, then you’re probably familiar with match play, but even if you’ve never heard of it, it’s easy to play and a good way to keep things competitive, making it an excellent option for novices, teams with mixed skill levels, and pretty much anyone who’s down for some excitement. Here’s how it works.

In match play, handicaps are allocated by subtracting the strongest player’s handicap from the weakest player’s handicap. The strongest player then plays from scratch while everyone else plays off of the difference. In the spirit of competition, we’d advise against stacking the deck, but even if you do, the handicaps are there to level the playing field and keep things interesting.

If you set a wager in match play, the amount is up to you, but it’s one flat bet, meaning whichever individual or team wins the most holes wins the bet.

If you're down on your luck but feeling optimistic (or just wildly overconfident), you can go ahead and press, or create a second bet that runs concurrently with the first. Pressing typically happens after you’ve gone down 2, but there’s no hard rule, so if you’re down 1 and want to press, go for it. How much you press for is your call, but we typically press for half of the entire wager.

There are a few ways that determine who starts the game. We usually opt for a coin toss or a tee spin.

Ideally, the game will stay competitive and go to 18 holes, but in the event that one side is having a rough day and their opponent has achieved an insurmountable lead (say, 7-up with 6 holes to play) then the game will be called early. If the game ends early and you’re on the losing side, don't worry, because pride is still on the table and you can definitely find something to brag about.

There are two more things to keep in mind in match play: gimmies and concessions. Both are ways to speed up play (and show off your sportsmanship, if you’re into that). Gimmies occur in recreational play when someone putts short but requests that you give it to them anyway. Concessions are used for the same purpose but are a little more formal because they have to be granted to you by your opponent.