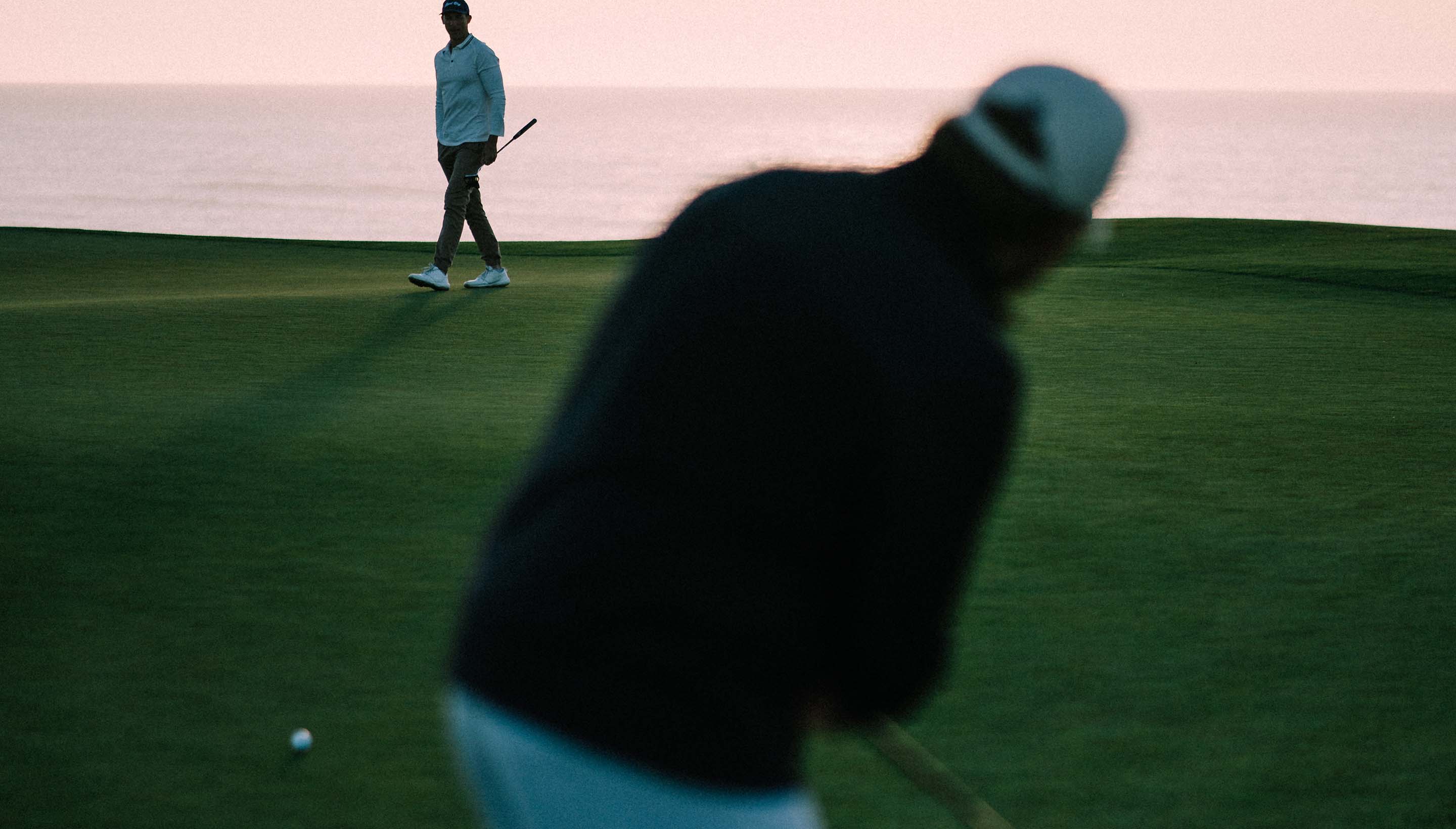 A Spicier Version of Match Play.

Similar to match play, but the stakes can get a lot higher — because if a hole is tied, then the skin carries over to the next hole, upping the ante.

Skins is usually played in groups of two to four and can be played individually or in teams. If you team up, it’s your choice how to set the teams and divvy up the winnings. You can spin a tee, toss balls into the air, get into a shouting match — whatever works for you.

In skins, handicaps are allocated by subtracting the strongest player’s handicap from the weakest player’s handicap. The strongest player then plays from scratch while everyone else plays off of the difference. In the spirit of competition, we’d advise against stacking the deck, but even if you do, the handicaps are there to level the playing field and keep things interesting.

The highest winnings in a professional game of skins was $1,000,000 won by Greg Norman in 2001, but no shame if your wager has fewer zeros than that.

There are a few ways to determine who starts the game. We usually opt for a coin toss or a tee spin. After the first hole, you can follow tee box honors, with the winner(s) of the previous hole going first. If you tie on a hole, honors remain with whoever won the previous hole.

Scoring is simple in skins. Whichever individual or team wins a hole wins the skin. If a hole is tied, the skin carries over to the next hole. For example, if the first hole is worth $1 and two opponents tie, then the skin for the second hole is worth $2. The value of the skin will continue to accumulate until someone wins a hole and breaks the tie.